The Children and the Ship

Ports of Greece
In port of the world

With a sharpened sapphire («σκέπαρνον ἐύξοον»)  and a polished adze provided by the ‘most divine among Goddesses’ Calypso, tools taken from her carpentry workshop – here the scholars admire the fact - the business of restarting Odysseus' return to Ithaca is launched. After seven years of erotic ecstasy in the arms of the goddess, having encountered in sucession the three categories of challenges that Odysseus must overcome, the forgetfulness at the Lotophagus, the dangers of ferocious beasts, Cicones, Laestrigons, Cyclops, the most lucrative seduction seems to be that of lustful, desirous women: Calypso, Circe and even the subtlte lure of domesticating Nausica. But lo, Zeus finally gracefully concedes to Odysseus’returning and Calypso reluctantly succumbs, providing Odysseus with the tools and showing him where the tall trees for felling are: timber for long beams and flattened planks, dry enough for the boat to float on the water. There were the tall trees to fell and chop: ‘alders, black poplars and firs that shot sky-high, seasoned, drying for years, ideal for easy floating’.

Thus we are given in book V, 235-65, of the Odyssey the first, most detailed description of shipbuilding in the Greek classical literature. We see in these thirty or so verses how Odysseus, in fine craftmanship, felled twenty in all tall trees, trimmed them clean with his ax and split them deftly, trued them straight to the line («γόμφοισιν δ᾽ ἄρα τήν γε καὶ ἁρμονίῃσιν ἄρασσεν»). Meanwhile, the radiant goddess brought him drills— he bored through all his planks and wedged them snugly, knocking them home together, locked with pegs and bolts. Broad in the beam and bottom flat («νηός έδαφος») as a merchantman when a master shipwright («ευ ειδώς τεκτοσυνάων») turns out her hull, so broad the craft Odysseus made himself. Working away at speed he put up half-decks pinned to close-set ribs and a sweep of gunwales rounded off the sides. He fashioned the mast next and sank its yard in deep and added a steering-oar to hold her right on course, then he fenced her stem to stern with twigs and wicker, bulwark against the sea-surge, floored with heaps of brush (φράξε δέ μιν ῥίπεσσι διαμπερὲς οἰσυΐνῃσι /κύματος εἶλαρ ἔμεν· πολλὴν δ᾽ ἐπεχεύατο ὕλην).

By and by Calypso brought him some linen to make the sails, and he made these too, excellently, making them fast with braces and sheets. Last of all, with the help of levers, he drew the raft down into the water: (260 «ἐν δ᾽ ὑπέρας τε κάλους τε πόδας τ᾽ ἐνέδησεν ἐν αὐτῇ, μοχλοῖσιν δ᾽ ἄρα τήν γε κατείρυσεν εἰς ἅλα δῖαν.»

The construction of Odysseus’ "well crafted ship", of course, did not have the advantage of the ancient shipyards, that would allow the side boards to be hollowed out and be crafted along a continuous line of planking or plates from the stem to the stern of a ship or boat – the axis of the shipbuilding -  thus built ‘shell‐first’— the strakes installed before frames, giving the hull its shape and integrity.  Followed the fixing of transverse frames to the keel, reinforced by longitudinal members upon which the adjacent auxiliary constuction were layed. Thes shipyard facilites helped Athens under Themistocles by using this ancient shipbuilding crafymanship to invest the revenues of the newly found silver of the Lavrion silver mines to build in the flash of the eye the 200 or so many triremes that supported the Athenean hegemony and beat the Persian invasion of 480bC, in Salamis.  I recall the opportunity I had I London, during the celebration of the 2500 years since the birth of Callikles’ Athenean democracy,  to interview Prof. Robinson, who had overviewed the construction of Olympias, a replica of an ancient trireme. Like a white winged doved it sailed along Thames during the celebrations. 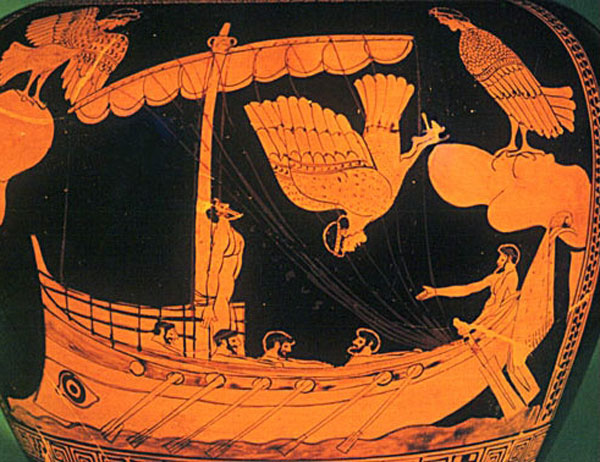 This method of ship building is the shell-first technique, which involves constructing the "shell" of the boat first, then laying in the framework, a method historians refer back to the 7th century BC.  Homer’s description in the Odyssey, book V, relates the fastening together of planks, with pegs and bolts and rope pased through the drilled holes, so that the ships are "sewn" together. Given the readily self-made materials Odysseus had to create himself,  the Odyssey mehod of ship building echoes the subsequent method of fastening together an overlapping layer of planks with straight nails, that is, by digging holes on the sides of the boards and adjusting tendons secured with pins. Afterall, on difficult spots both methods were used. Resin and tar was the mothod of  sealing, there were no waterproof fiberglass boards, and the drizzle of dry wood resulted in its porosity and its absorbency,  thus the need for sealing by use of resin and tar. Ships in homeric times were black (Β359 πτέσθω ἧς νηὸς ἐϋσσέλμοιο μελαίνης) and crooked nosed like crowns, νηυσί κορωνοίσιν. However, they are also described as with  rose cheecks («τῷ δ᾽ ἅμα νῆες ἕποντο δυώδεκα μιλτοπάρῃοι» Β 629).  The philologist ia astounded: ‘Rose-checked? Well, no complaints that Homer abstains from dying them black like crows, describing the colour of the tar used in making them waterproof, but ‘rose-checked’? A description that befits more Anna Karenina, than a warship? Yet, the poet is interested  in reaining faihful to the demands of poetic diction, the need that colours are depicted in colourful glow, rather that seeing to serve the mudane truth of a realistic description.

To sum up, the ‘shell-first’ or method frame-first construction involves laying down the framework of the vessel before attaching the planks to the boat. This is normally done by erecting a "master frame" in the center of the keel, and deriving the shapes of the other frames using curved pieces of wood stretched between the frame and the end posts, or through a geometric curve. The planks of the wooden frame are sealed using cotton or some other material soaked in resin or tar. Toay, in wooden ships construction the method is used of "cold casting", which is to assemble fine wood veneers in different directions that end up in a single-molecule structure like glass wool, ending up in a single-molecule structure like fiberglass but lighter, a method used more widely on small or medium-sized yachts. 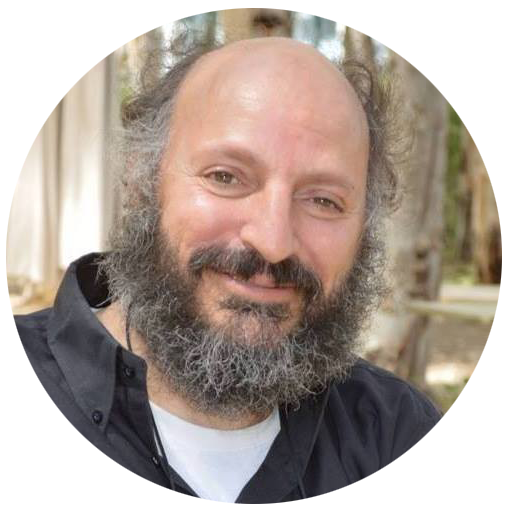